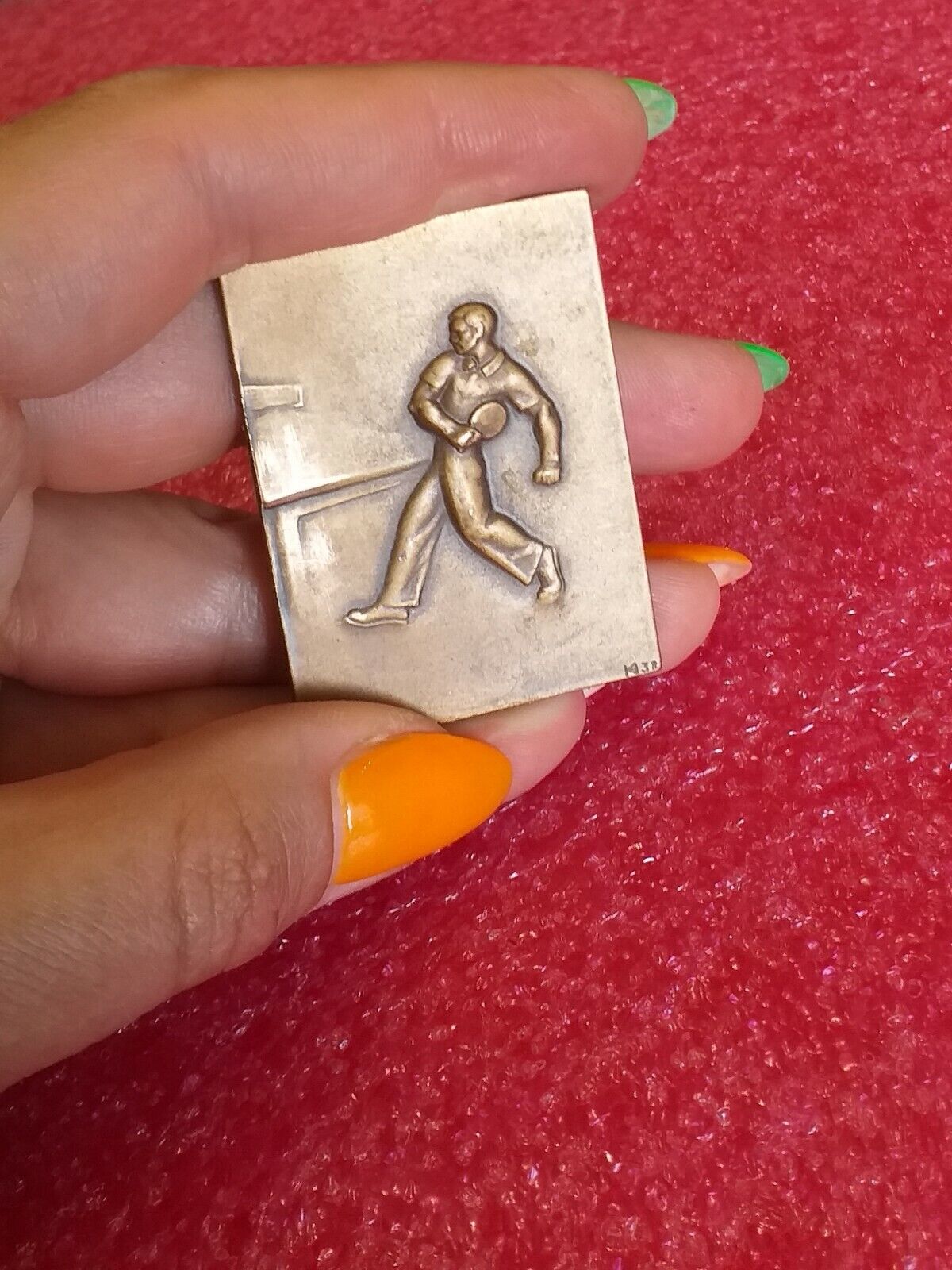 Shipping from Europe with tracking numberSwedish table tennis medal 1953 Viktor Győző Barna[1] (Braun) (24 August 1911, in Budapest, Austria-Hungary – 27 February 1972) was a Hungarian and British champion table tennis player as well as a record five times singles World Champion.He won 41 World Championship medals( 22 medals World Champion ) and also won 20 English Open titles.Jyozo Brown ( Hungarian Braun Győző ), who changed his name to Victor Barna ( Hungarian Barna Viktor , English Victor Barna , August 24, 1911 - February 28, 1972) - Hungarian and British table tennis player , multiple world champion, multiple champion Hungary, multiple winner of the open championship of England. Jewish by nationality. One of the greatest players in the history of table tennis.Biography Born in 1911 in Budapest . Due to the strong anti-Semitic sentiments prevailing in those years in society, he preferred to change the initial name and surname to more similar to Hungarian ones. He has been engaged in table tennis since 1925, in 1929-32 he became the Hungarian champion every year, in the 1930s he almost every year won the open championship of England, and also won gold medals of the World Cup. In the years 1932-37, he ranked first in the ITTF ranking .On April 27, 1939, Victor Barna married Suzanne Aran (also a Hungarian) in the UK and since 1939 began performing in the international arena for Great Britain. When World War II broke out in the fall of 1939 , Victor Barna was in the United States with his wife. He returned to Europe to fight the Nazis, was a paratrooper in the British army, fought in Yugoslavia. To make his name more “English,” he changed his spelling from Viktor to Victor . After the war he settled in London , and in 1952 entered British citizenship.In 1981, the name of Victor Barn was included in the International Jewish Sports Hall of Fame.