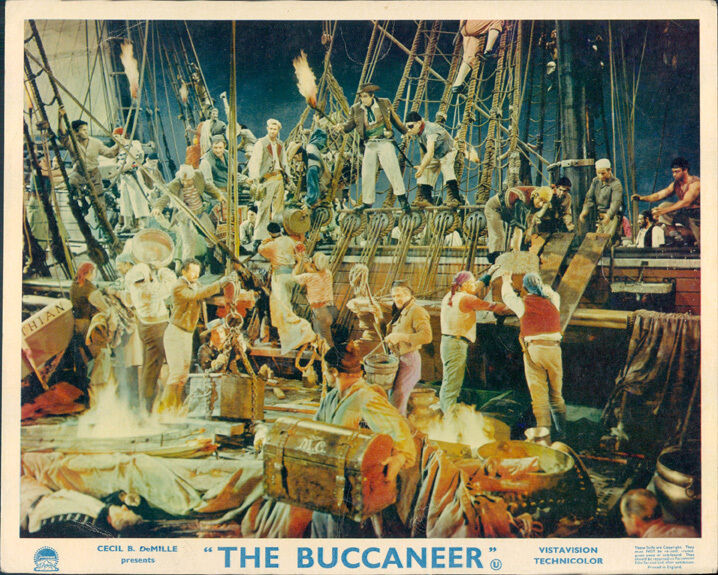 THE BUCCANEER CHARLTON HESTON YUL BRYNNER INGER STEVENS CLAIRE BLOOM CHARLES BOYER ORIGINAL LOBBY CARD GOOD CONDITION FROM THE CECIL B. DEMILLE 1958 CLASSIC. Silver Screen Mementos are pleased to be able to offer this authentic original lobby card measuring 8x10 inches. This lobby card is from Great Britain and was printed during the actual year the film was released in movie theaters. The lobby card (also known as Front of House/ FOH card in the UK) was created by the film studios to publicise the movie and was intended for display outside the movie theatre in special glass display boxes. THESE ARE NOT REPRODUCTIONS! You are looking at a truly original piece of cinema art, a genuine collector's item. We have a huge archive of over 250,000 original lobby cards, mostly from the 1930's to the 1980's. We will be releasing many more rare gems from our vast collection, which will include lobby cards, original photographs, movie stills, transparencies and slides.