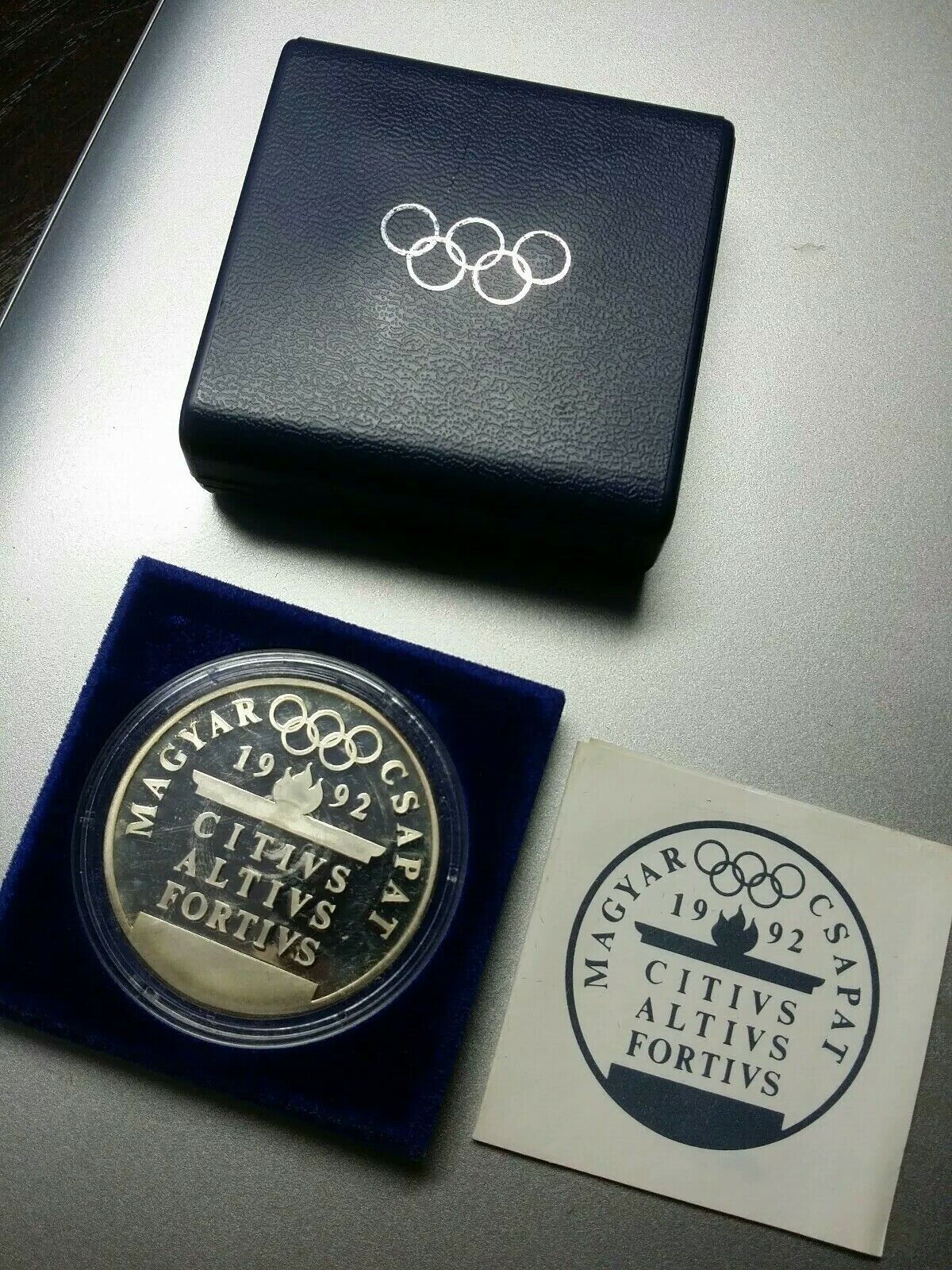 This sale includes one large commemorative silver coin for the Hungarian Olympic team that competed at the Barcelona 1992 Olympics. On one side of this 2-inch coin there is the text Magyar Csapat (Hungary Team) above the Olympic motto Citius, Altius, Fortius (Faster, Higher, Stronger). The other side of the coin features five sports in which Hungary competed: Olympic fencing, Olympic shooting, athletics, swimming and equestrian (this may be an Olympic modern pentathlon coin). This is a heavy coin on par with similar U.S. Mint Olympic coins of 1984, 1988 and 1992. Coin is in its original blue felt presentation box which is blue plastic featuring the Olympic rings in silver on the cover. This coin was given to a manager at the Atlanta Committee for the Olympic Games in 1992 during the Barcelona Games. This Olympic coin was not sold in stores ... only given as a presentation item from the Hungarian Olympic team. Thanks for bidding. On Sep-08-20 at 15:31:40 PDT, seller added the following information: I do not have any additional information on the weight or silver content of this coin. Sorry, I do not have a scale to measure it nor the time to go out and find one. This coin is about the same weight and dimensions of a U.S. Eisenhower silver dollar of the 1970s. With the low opening bid risk to you also is low. Thanks for your interest and bids.