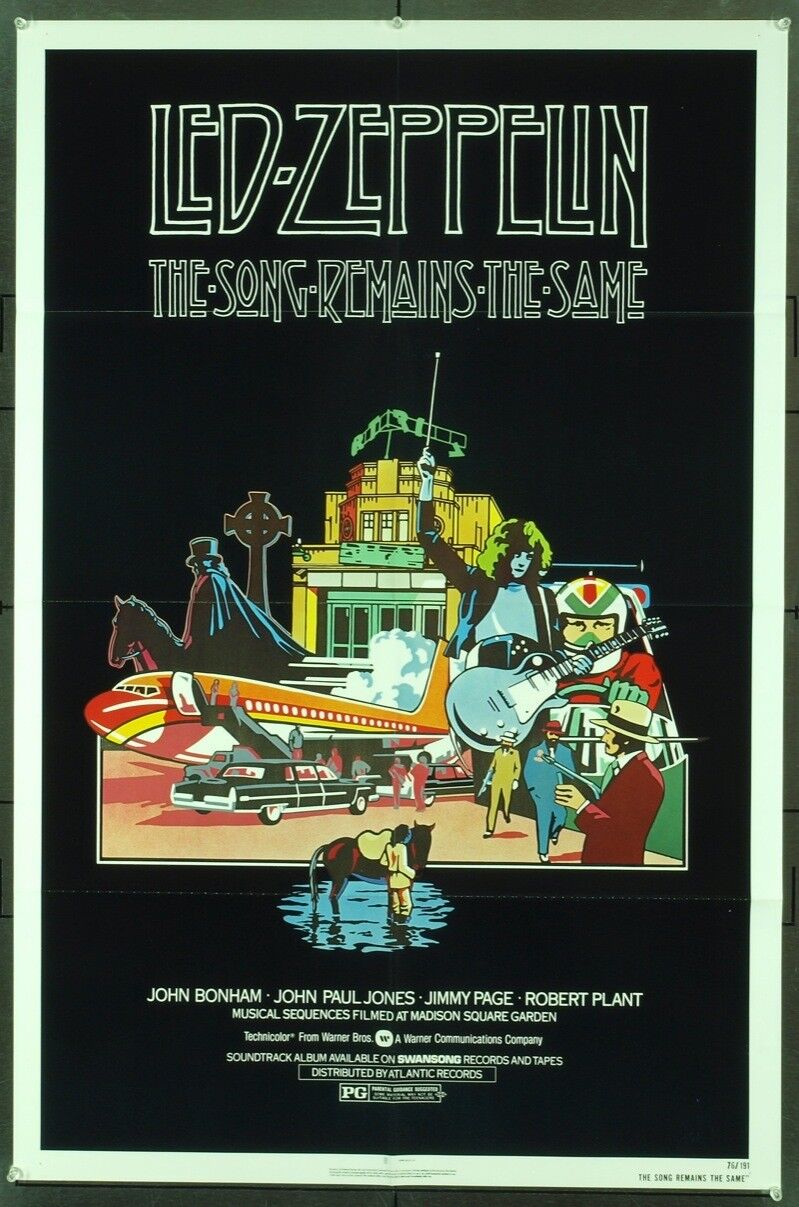 Original Warner Brothers One Sheet Poster (27x41). Folded. Near Mint Condition. Original Warner Brothers One Sheet Poster (27x41) for the Peter Clifton and Joe Massot hybrid music concert film, THE SONG REMAINS THE SAME (1976). This is Led Zeppelin's 1976 concert film shot at Madison Square Garden during the band's American tour three years earlier. While the film did well in the States, it was a surprising flop in the UK and perhaps prevented the band from making a comeback in their homeland (where tax exile had prevented them from performing for several years). Within the last couple of years a new remastered version of the film was prepared for DVD release. This original 1976 poster is folded, and in near mint condition. Beware of reproductions of this poster. This is the authentic sheet! PETER CLIFTON - Director JOE MASSOT - Director LED ZEPPELIN - Actor