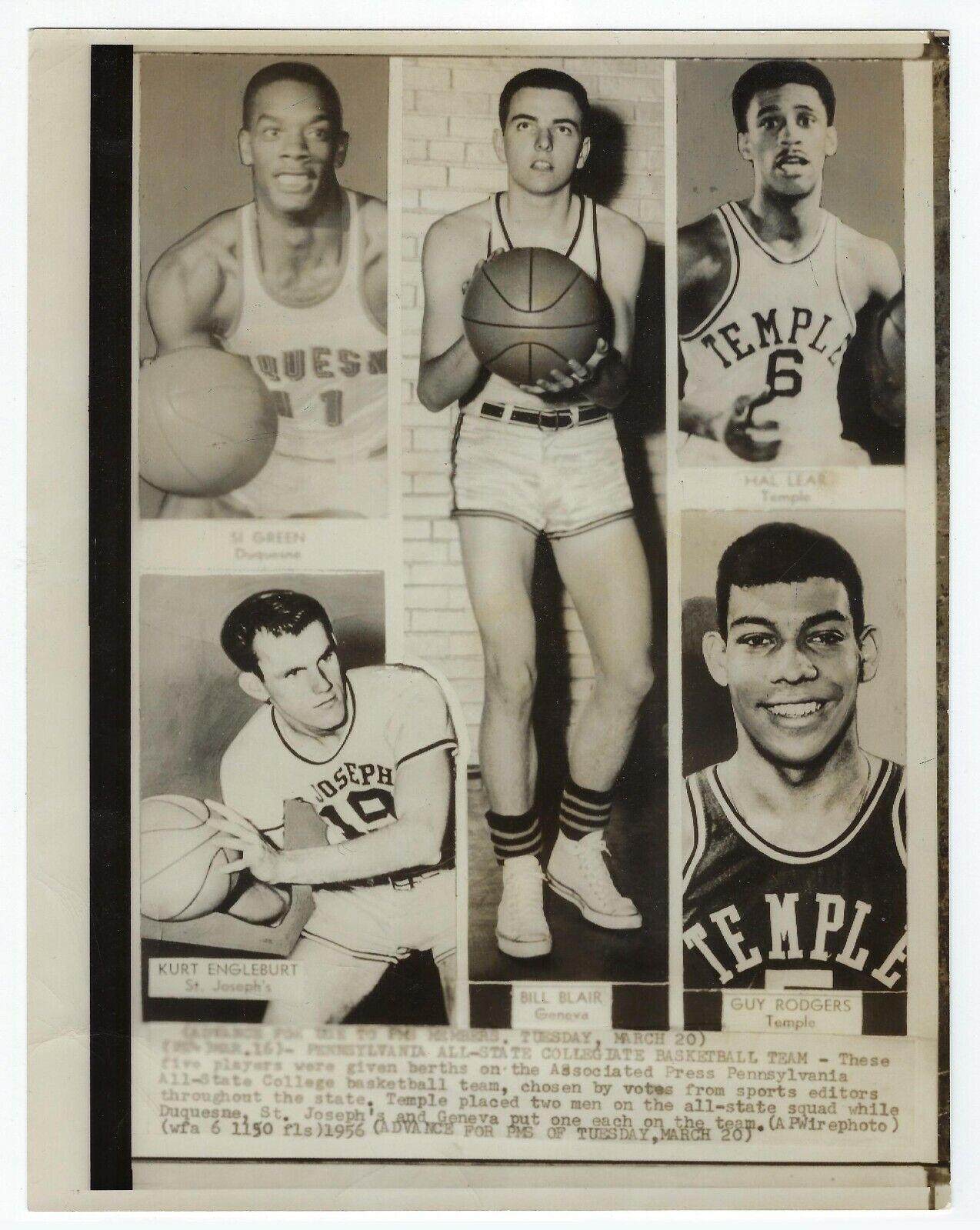 These photographs (40+) are from a variety of sources however, many appear to be press photos done by local photographers for their newspapers. There are a couple from North Carolina area. Baroff, photographer from Scranton, PA is the photographer for several of these pictures from his area. Many of them are "marked up" for newspaper printing purposes (margins marked). There are a lot of local sports pictures like high school football, girls basketball, girls baseball, bowling leagues, golfers and more. There are 40+ photographs in this group. There are also several University of Scranton photos including Head Football Coach Pete Carlesimo (father of former NBA Coach PJ Carlesimo) and University of Scranton Basketball Coach Fiore Cesare and All Star player Ed Kazakavich (1956-59) There are also many pictures not by Baroff including Champion Boxer Tony DeMarco winning a championship; Guy Rodgers, NBA Hall of Famer, from his Temple University days; PGA golfers Eric Monti & Dick Mayer in the ABC's World of Golf series; New York Giants baseball pic from 1951; and more. Photos may have some creases and curls and, as mentioned above, some have been marked up (and sometimes trimmed) for newspaper printing as can be seen in the pictures. Some have tears or a missing corner. Just a variety of conditions. Shipping is $5.00 in the continental U.S.