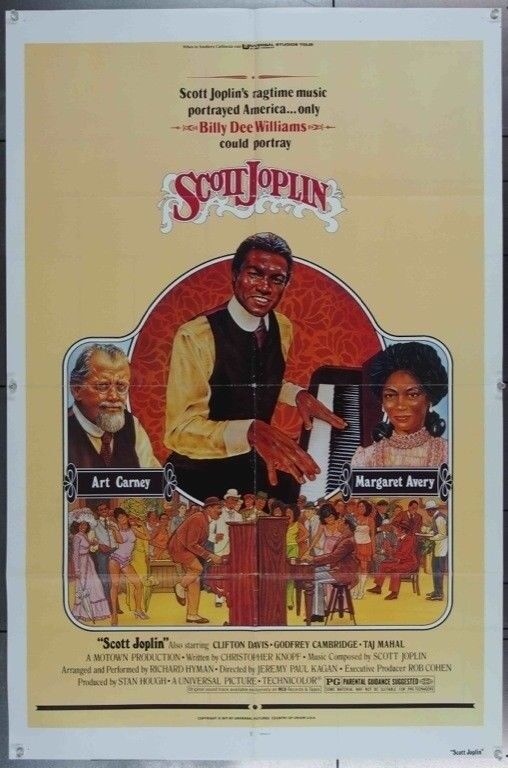 Original Universal Pictures One Sheet Poster (27x41). Folded. Very Fine. Original Universal Pictures One Sheet Poster (27x41) for the Jeremy Kagan musical biography, SCOTT JOPLIN (1977) starring Billy Dee Williams, Clifton Davis, and Margaret Avery. This film chronicles the life of the greatest ragtime composer of all time. Joplin was largely unknown until Marvin Hamlisch used his music in the soundtrack for THE STING (1973). After the box office success of the film and the critical success of winning seven Academy Awards, including an Oscar to Hamlisch for the soundtrack, Joplin's music went through a revival as well as renewed interest in him specifically. This film was originally made for television but instead was released to theaters first. This original one sheet poster is folded and in very fine condition. Billy Dee Williams - Actor Art Carney - Actor Margaret Avery - Actor Clifton Davis - Actor Godfrey Cambridge - Actor Taj Mahal - Actor JEREMY KAGAN - Director SAMUEL FULLER - Actor Otis Day - Actor Seymour Cassel - Actor Eubie Blake - Actor Listing and template services provided by inkFrog