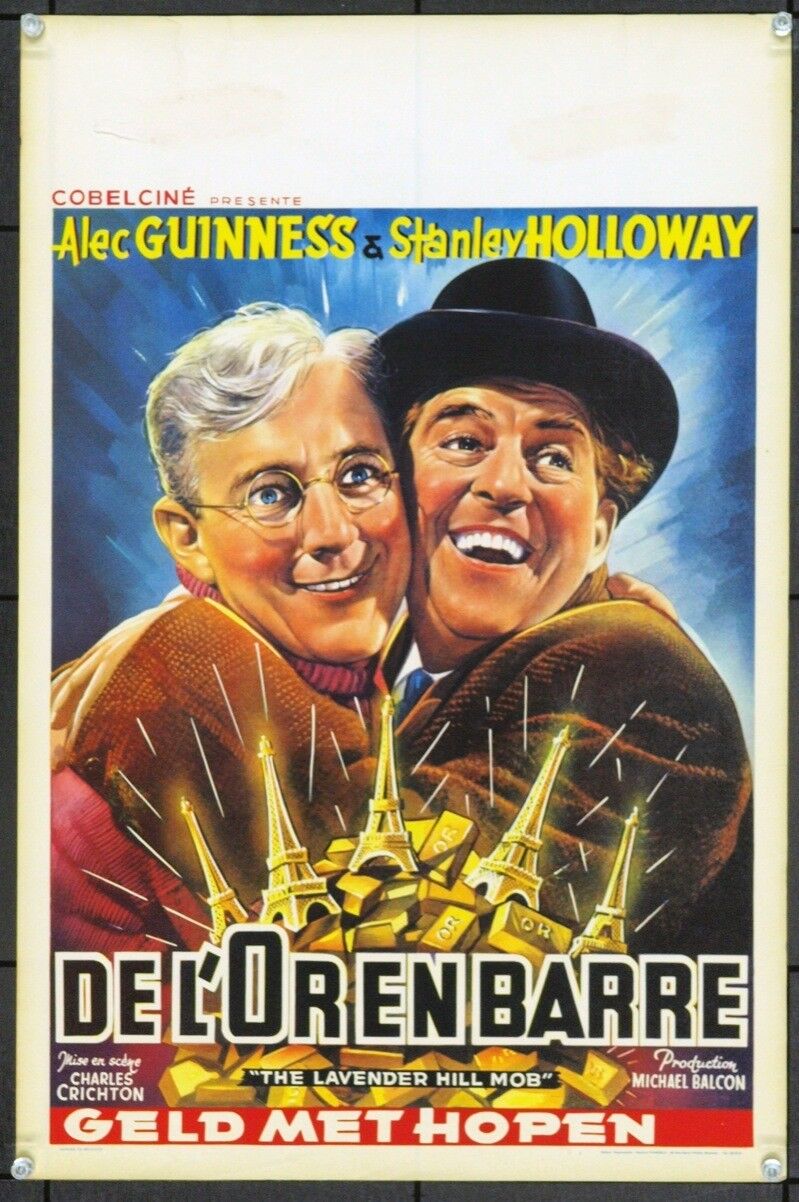 Original Belgian Poster (13x21). Unfolded. Fine Plus. Original Belgian Poster (13x21) for the Charles Crichton crime comedy, THE LAVENDER HILL MOB (1951) starring Alec Guinness, Stanley Holloway, Sid James, and Alfie Bass. Ealing Studios of Great Britain were famous for making very dry and witty comedies, and this film was certainly one of their best comedies of the 1950s. Guinness and Holloway give wonderful performances as a bank clerk and an artist who plan to rob the Bank of England. Despite its low budget and short running time, this film is a spectacular comedy. The film won the Academy Award for Best Screenplay, and Alec Guinness received the first of his four nominations for Best Actor. This original Belgian poster is unfolded and in fine plus condition. There is evidence of a snipe having been removed from the top border. CHARLES CRICHTON - Director Sir Alec Guiness - Actor Stanley Holloway - Actor Sid James - Actor Alfie Bass - Actor Marjorie Fielding - Actor John Gregson - Actor Audrey Hepburn - Actor SIR MICHAEL BALCON - Richard Wattis - Actor Peter Bull - Actor