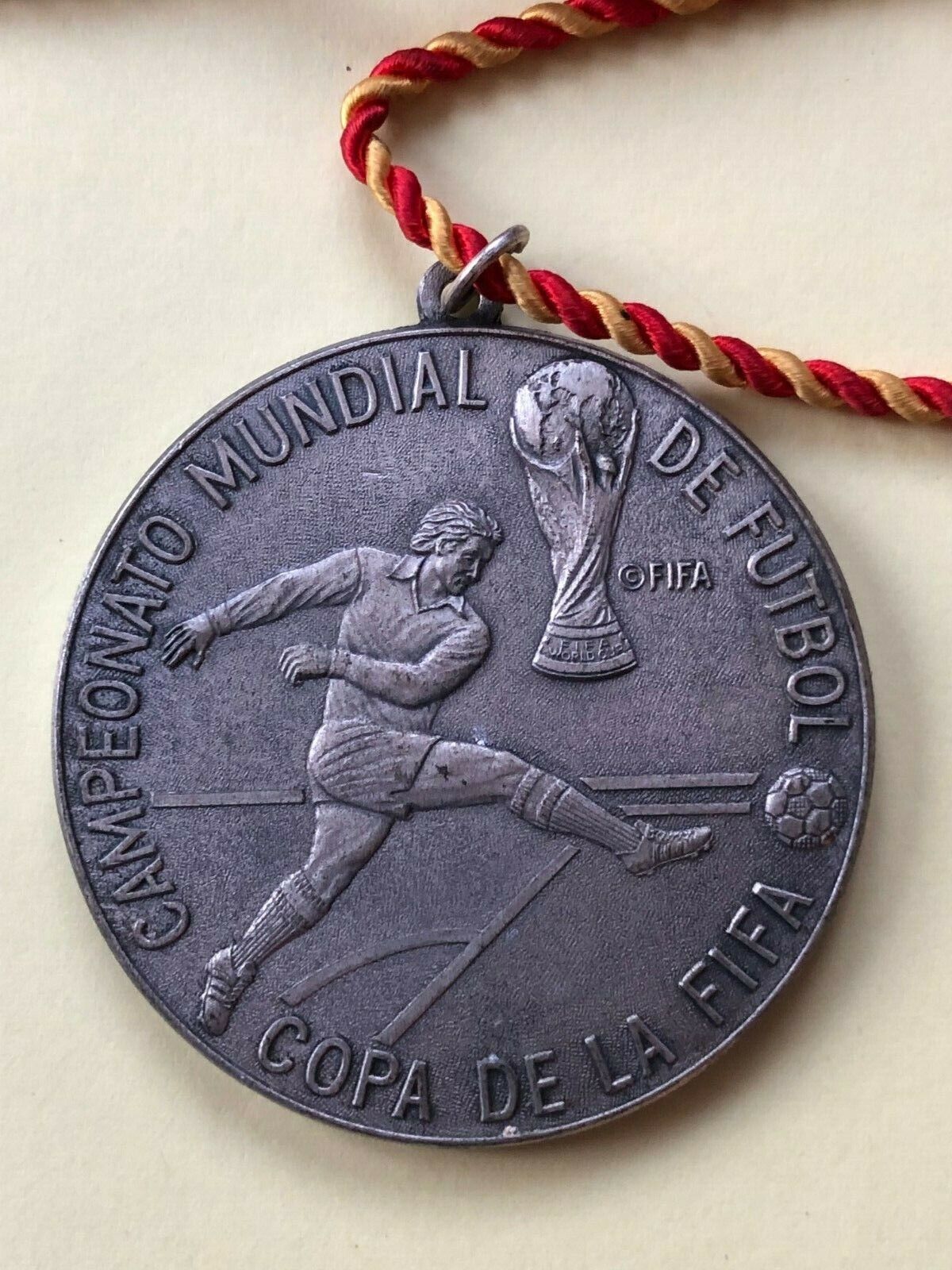 Fifa world cup medal from 1982 for the referee very rare

DescriptionFIFA World Cup 1982 medal awarded to one of the referees, Nicolae Rainea. Italy and West Germany faced off in this final, hosted by Spain, with Italy emerging victorious. The referee from Romania gained notoriety for his controversial calls during the Italy versus Argentina match in the second group round; in particular he was criticized for turning a blind eye to numerous fouls committed by Italy's Claudio Gentile. Large medal features a football player in action and FIFA logo to obverse, surrounded by the inscription, ''Campeonata Mundial de Futbol / Copa de la FIFA''. Reverse features Earth's two hemispheres at center with a soccer net pattern background, inscribed, ''Espana / 1982'', all surrounded by inscription, ''14 Int. Wandertage 1982 W F Lan Genzenn''. Both sides feature FIFA copyright stamp. Medal is made of silvered bronze. Measures 2.25'' in diameter. Weighs 75 grams, approximately 2.5 ounces