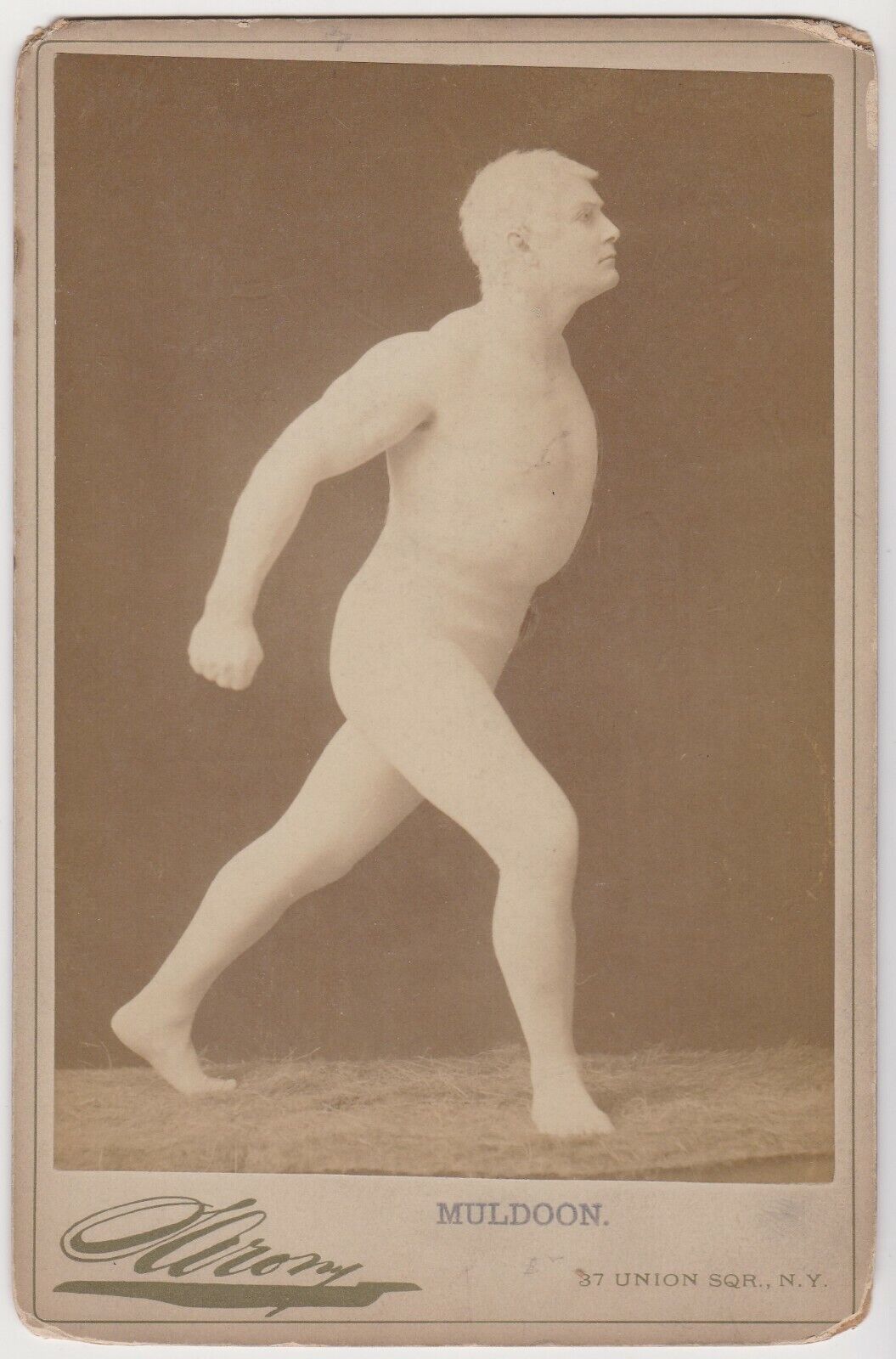 Original Cabinet Card photo of William A. Muldoon, wrestling champion through the 1880's and NY Boxing Commissioner later in life. This is either a photo of a statue of Muldoon, or of Muldoon himself, covered in white to resemble a classical statue, as befitting his nickname, "the Solid Man" (you can see hairs on the head, which seems to indicate that this is Muldoon himself). William A. Muldoon, (1852-1933), was Greco-Roman Wrestling champion of the world, 1880-1890; In 1889, he trained John L. Sullivan for his famous 75 round fight against Jake Kilrain for the world heavyweight bare-knuckle boxing championship, which Sullivan won, and which earned Muldoon induction into the Bare Knuckle Boxing Hall of Fame; Appointed first Chairman of the NY State Athletic Commission in 1921 (when professional boxing became legal in the State). He was a physical culturist, an actor (appeared on Broadway), a New York City police detective before he began his wrestling career. Affixed to the back is a later newspaper article written on Muldoon's 80th birthday. Identified on the mount below the image as "MULDOON", and with photographer's imprint: "Sarony, 37 Union Sqr., N.Y." There is wear to the corners of the mount. The photo itself is Very Fine. COMBINED SHIPPING FOR MULTIPLE ITEMS. [4] NO SHIPPING OUTSIDE OF THE U.S.