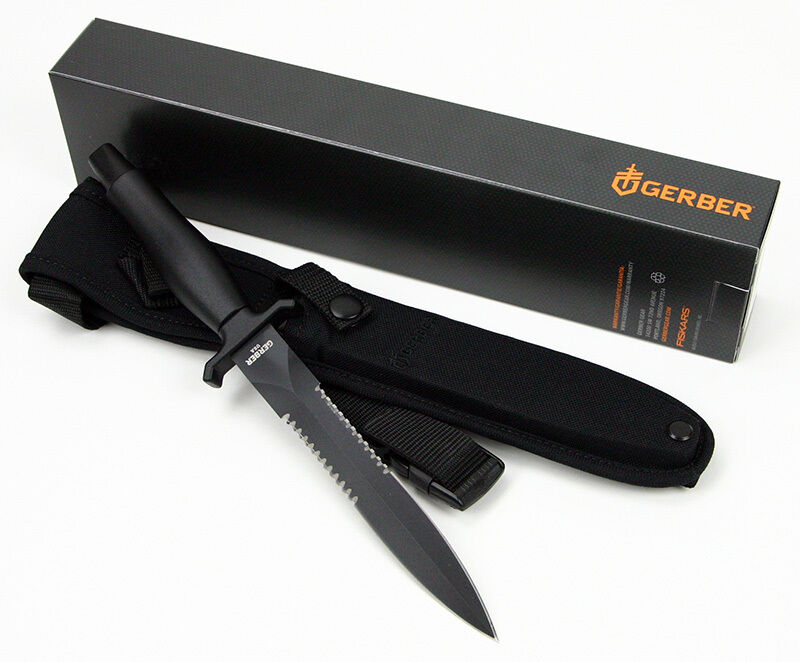 Aliens Gerber Mark II Combat Knife Introduction 57 years have passed since Lieutenant Ellen Ripley ejected from the exploding star freighter Nostromo in the Narcissus lifeboat. By shear coincidence, a salvage ship runs into her drifting vessel and rescues the cryogenically suspended survivor. Upon awakening, Ripley discovers that the word has drastically changed during her extended nap. Not only has her daughter passed away, but a group of terra-former colonists have installed themselves on LV-426, the planet where the Alien that decimated Ripley's crew was originally encountered. Weyland-Yutani, the corporation responsible for sending the Nostromo crew to their doom in the first place, refuses to accept Ripley's story, and demotes her. When the company loses contact with LV-426, however, they send a representative to coax Ripley back into action as a "consultant" on a military expedition organized to investigate the situation on the colony. When the United States Colonial Marines arrive on the apparently abandoned planet, all seems peaceful...until it's discovered that the Aliens have taken over the planet and xenomorphically multiplied by using the colonist's bodies. From that moment on, the investigation turns into a rescue operation—for the team itself. Background "Bishop, do the thing with the knife." —Bill Paxton as private Hudson (Aliens 1986). There are so many memorable moments in the movie Aliens that it's hard to pick one over the other. Nevertheless, one of the early and tension-creating sequences of this classic sci-fi action film is the "knife game" scene. Who can forget Hudson's horrified look as Bishop navigates the razor-sharp blade of a Gerber Mark II combat knife look-alike around the petrified soldier's hand at lightning speed. Description Production of this classic knife went from 1967 to 2000, during a limited 1500-unit run in 2002, and once again in full production starting in 2008. Hopefully Gerber will continue to make it forever, but who knows what will happen in the future? You are bidding on the same style of knife seen in the photographs below, which is nearly identical to the one used in the movie Aliens (minor details have changed over the years). This knife comes with a box, nylon sheath, and its original packaging. The Gerber Mark II you will receive is brand new and unused. The retail price is $133.00 and includes a lifetime warranty. Blade Steel: Universal Cyclops 440A Rockwell: Rc 57-59 Length: 6 1/2" Width: 15/16" Thickness: 1/4" Shape: Double Edged Survival Finish: Satin or Electrostatically-Coated Baked Epoxy Handle Material: High Tensile Strength Cast Aluminum Finish: Electrostatically Coated Baked Epoxy Color: Black Shape: Contoured Length: 5" Width: 1" Thickness: 7/8" Notes The winning bidder will the receive a real Gerber Mark II combat knife identical to the one described above and pictured below. Feel free to email via the eBay messaging system for answers to any questions. Above images: Photos of a real Gerber Mark II identical to the one the winning bidder will receive interspersed with screencaps of a similar knife being used in the film. All photos and text Copyright © 2018 by Phil Steinschneider and Cool F/X™