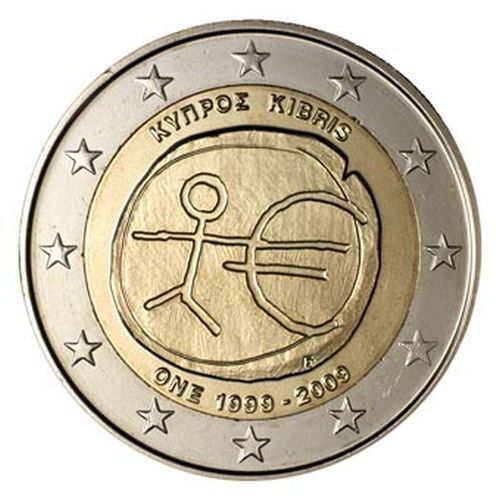 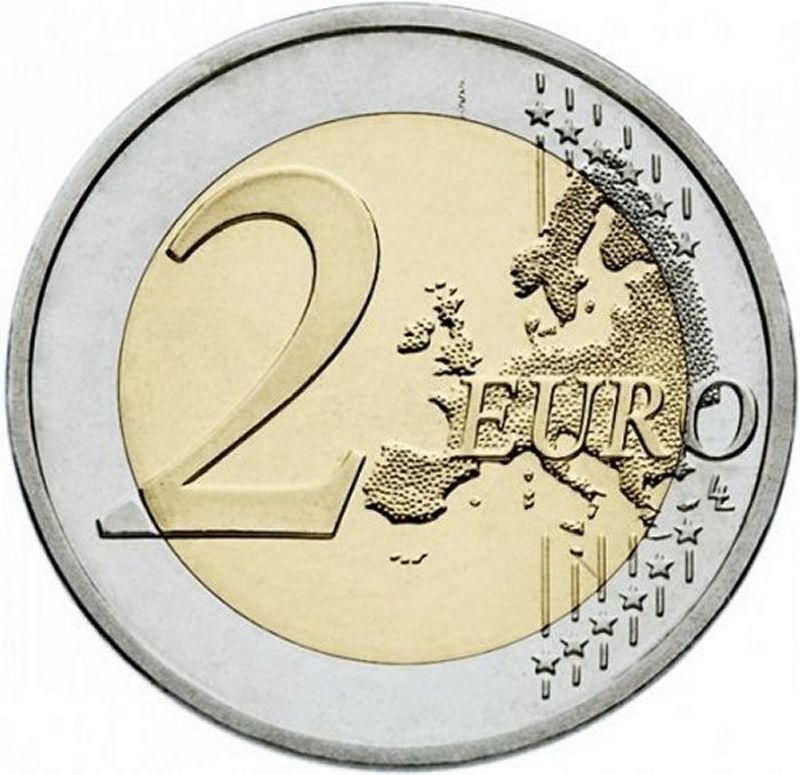 Mint: Denomination: €2 Quality: Uncirculated Issue limit: 1 million pcs. Alloy: Base Metal Diameter: 25.75 mm Weight: 8.5 grams Box/Capsule: No/No Certificate: No In 2009, it was the second time that all eurozone member states issued a €2 coin with a common design on the national side. In 2007, the issue celebrated the 50th anniversary of the Treaty of Rome, while this new €2 coin celebrates ten years of economic and monetary union (EMU) and thus the 10th anniversary of the euro as a common European currency. EU citizens and residents have selected the new design by an on-line vote. The design symbolizes the euro as the latest step in the long history of European economic integration, and was created by Mr. G. Stamatopoulos, sculptor at the Minting Department of the Bank of Greece. The center of the reverse shows a stylized human figure whose left arm is prolonged by the euro symbol. The initials ΓΣ of the artist appear below the euro symbol. The name of the issuing country written in the national language(s) appear(s) at the top, while the legend “1999-2009” and the acronym EMU translated into the national language(s) appear at the bottom. The twelve stars of the European Union surround the design on the outer ring.