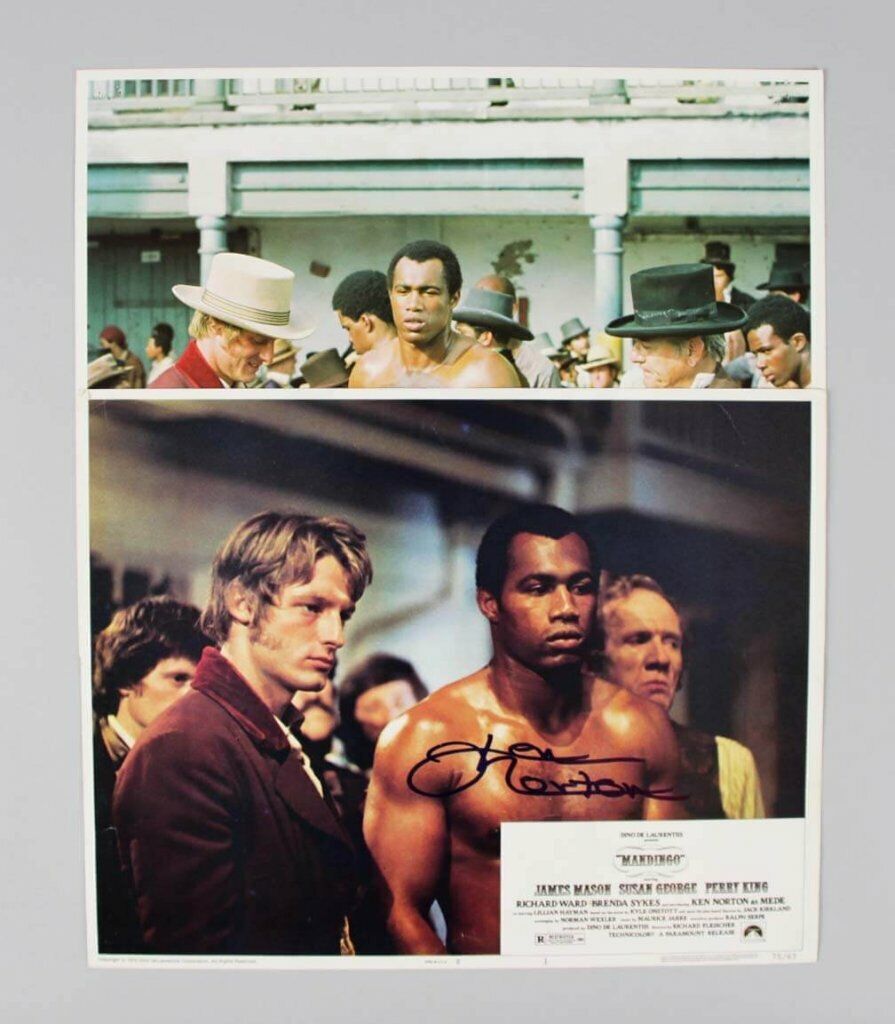 Quality Authentication - Fine Memorabilia   1975 Ken Norton Signed Lobby Card Mandingo COA 1975 Ken Norton Signed Lobby Card Mandingo COA Mandingo is an American motion picture released by Paramount Pictures in 1975. It is based on the novel Mandingo by Kyle Onstott, and on the play Mandingo by Jack Kirkland (which is derived from the novel). The film was directed by Richard Fleischer and starred James Mason, Susan George, Perry King, and boxer-turned-actor Ken Norton. It was widely derided when released, although some reviews are positive. It was followed by a sequel in 1976, titled Drum, which also starred Norton. Sylvester Stallone has an uncredited role. Ken Norton signed this 1620 lobby card titled Mandingo in blue sharpie pen signature grades 10, the 2nd lobby card is unsigned. Authentication: 100% Authentic Team   Shipping Shipping cost: Contact us for further assitance. Free Shipping Delivery time: 2-3 Day Handling Time. Payment We accept the following payment methods: Credit Cards Paypal Checks Please contact Customer Suppport if you have any questions Service Most items are shipped Via USPS Save Save Save Save Save Save