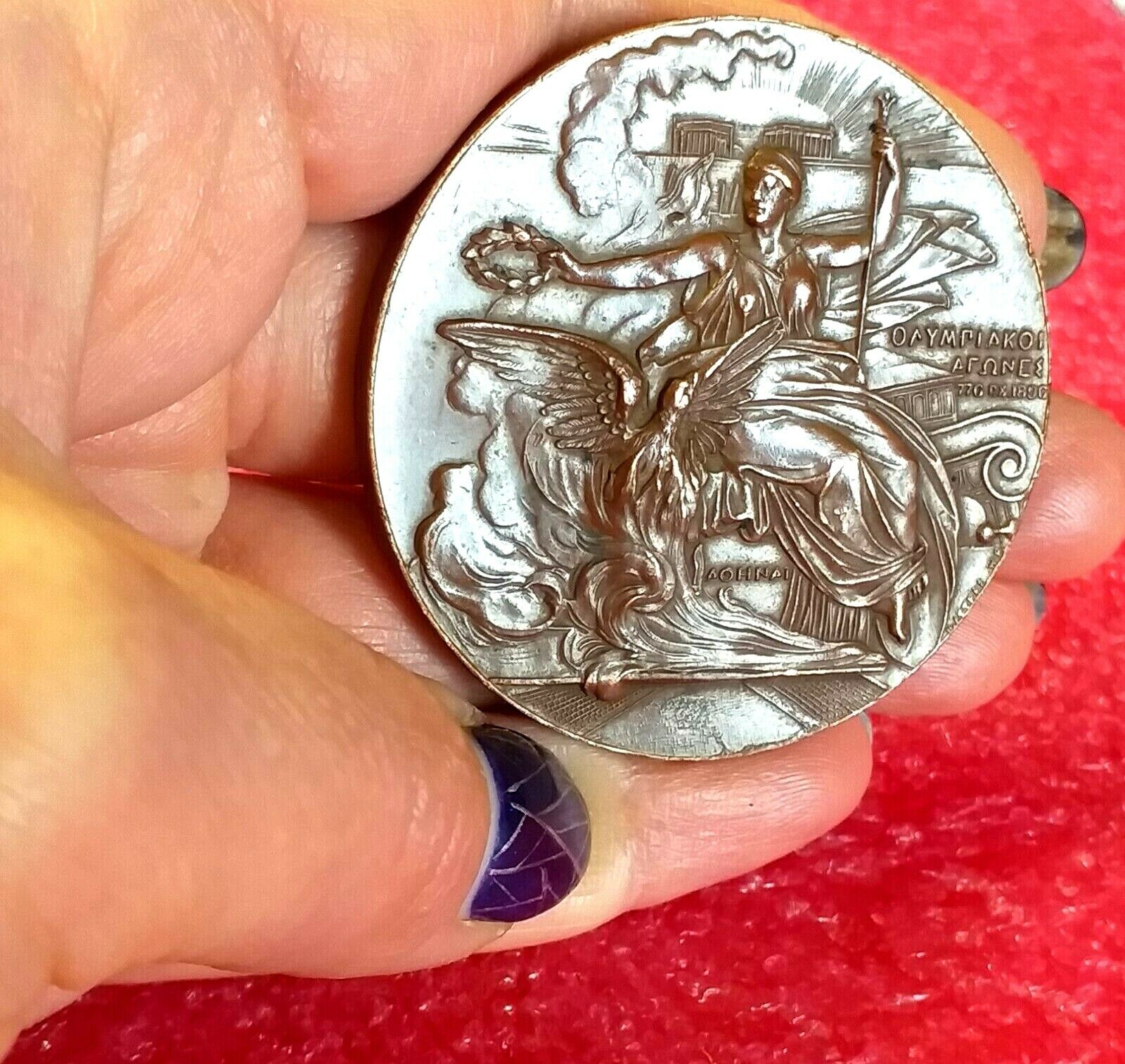 Shipping from Europe with tracking number EMS $60 First modern Olympic GamesOn April 6, 1896, the Olympic Games, a long-lost tradition of ancient Greece, are reborn in Athens 1,500 years after being banned by Roman Emperor Theodosius I. At the opening of the Athens Games, King Georgios I of Greece and a crowd of 60,000 spectators welcomed athletes from 13 nations to the international competition.The first recorded Olympic Games were held at Olympia in the Greek city-state of Elis in 776 B.C., but it is generally accepted that the Olympics were at least 500 years old at that time. The ancient Olympics, held every four years, occurred during a religious festival honoring the Greek god Zeus. In the eighth century B.C., contestants came from a dozen or more Greek cities, and by the fifth century B.C. from as many as 100 cities from throughout the Greek empire. Initially, Olympic competition was limited to foot races, but later a number of other events were added, including wrestling, boxing, horse and chariot racing, and military competitions. The pentathlon, introduced in 708 B.C., consisted of a foot race, the long jump, discus and javelin throws, and wrestling. With the rise of Rome, the Olympics declined, and in 393 A.D. the Roman Emperor Theodosius I, a Christian, abolished the Games as part of his efforts to suppress paganism in the Roman Empire.With the Renaissance, Europe began a long fascination with ancient Greek culture, and in the 18th and 19th centuries some nations staged informal sporting and folkloric festivals bearing the name “Olympic Games.” However, it was not until 1892 that a young French baron, Pierre de Coubertin, seriously proposed reviving the Olympics as a major international competition that would occur every four years. At a conference on international sport in Paris in June 1894, Coubertin again raised the idea, and the 79 delegates from nine countries unanimously approved his proposal. The International Olympic Committee (IOC) was formed, and the first Games were planned for 1896 in Athens, the capital of Greece.